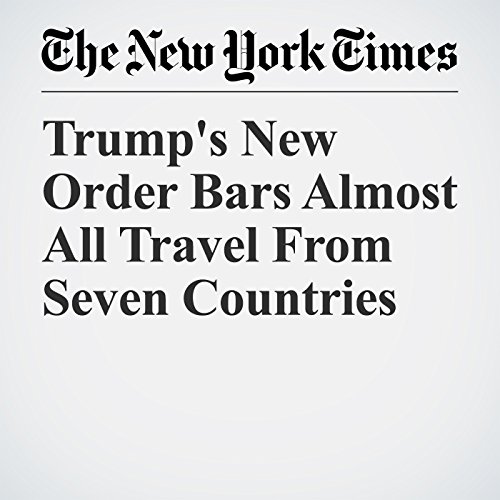 President Donald Trump on Sunday issued a new order banning almost all travel to the United States from seven countries, including most of the nations covered by his original travel ban, citing threats to national security posed by letting their citizens into the country.

"Trump's New Order Bars Almost All Travel From Seven Countries" is from the September 24, 2017 World section of The New York Times. It was written by Michael D. Shear and narrated by Kristi Burns.