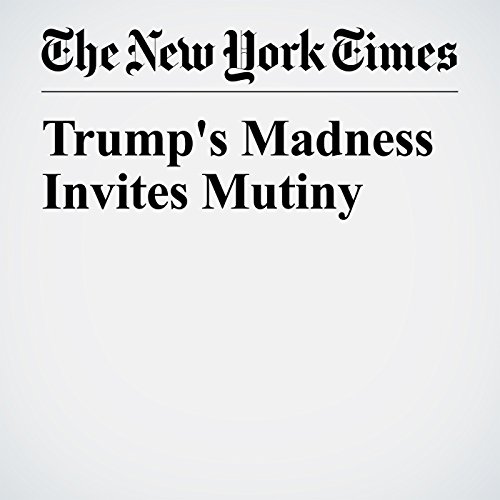 When people behave as if they have something to hide, it is often because they do. For me, this is a basic law of human behavior.That’s why President Donald Trump’s baffling, outrageous, unfathomable and just plain bizarre behavior last week strengthened my already strong suspicions that there is something that Trump knows about the investigations into his campaign’s contacts with Russia that he doesn’t want us to know.

"Trump's Madness Invites Mutiny" is from the May 14, 2017 Opinion section of The New York Times. It was written by Charles M. Blow and narrated by Kristi Burns.