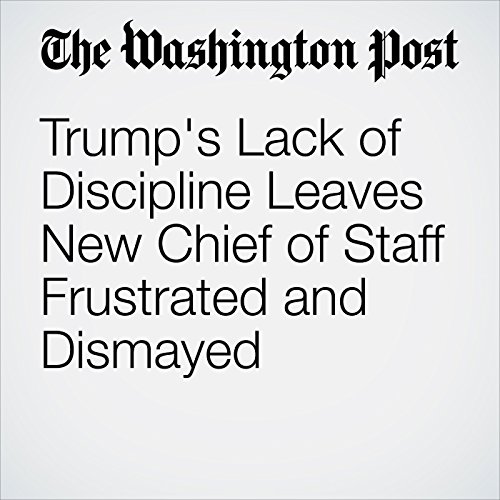 As the new White House chief of staff, John F. Kelly routes all calls to and from President Trump through the White House switchboard, where he can sign off on them. He stanches the flow of information reaching the president’s desk. And he requires that all staff members — including Trump’s relatives — go through him to reach the president.

"Trump's Lack of Discipline Leaves New Chief of Staff Frustrated and Dismayed" is from the August 16, 2017 Politics section of The Washington Post. It was written by Ashley Parker and Robert Costa and narrated by Sam Scholl.