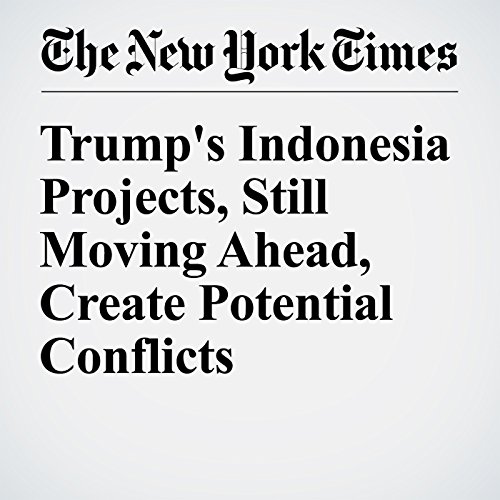 One resort, planned as the largest in Bali, will overlook a spectacular Hindu temple. The other, in the verdant hills of West Java, will adjoin a theme park. The properties will be so luxurious, the Trump Organization says, that even an impressive five-star rating will not do them justice. So it will give them six stars instead.

"Trump's Indonesia Projects, Still Moving Ahead, Create Potential Conflicts" is from the December 31, 2016 World section of The New York Times. It was written by Richard C. Paddock and Eric Lipton and narrated by Keith Sellon-Wright.