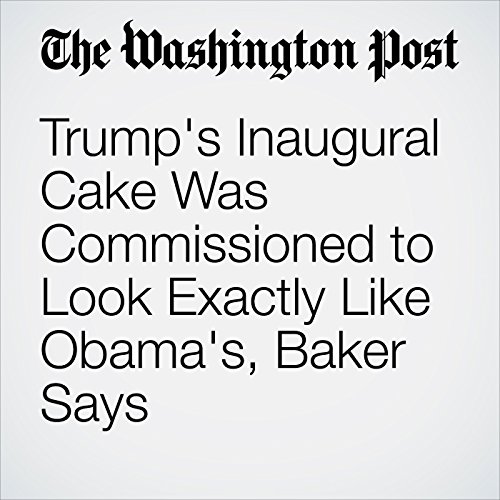 Amid the glitz of President Trump’s inaugural festivities, one item stood out in particular late Friday night: a spectacular nine-tier cake that the new president and Vice President Pence cut into with a sword.To pastry chef Duff Goldman, the cake seemed a little too familiar — because it looked almost exactly like one he had made years earlier for Barack Obama’s second inauguration as president.

"Trump's Inaugural Cake Was Commissioned to Look Exactly Like Obama's, Baker Says" is from the January 21, 2017 U.S. section of The Washington Post. It was written by Amy B Wang and Tim Carman and narrated by Jill Melancon.