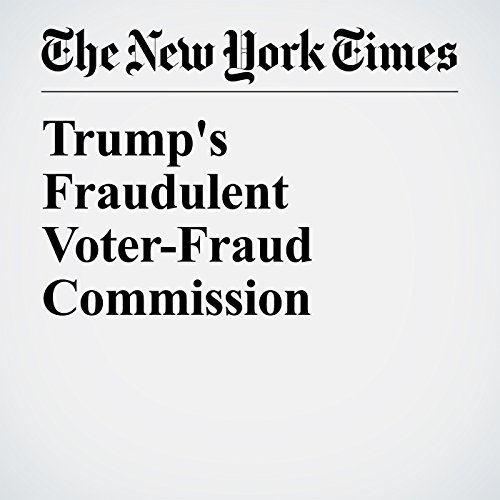 President Donald Trump’s repeated claim that “millions” of noncitizens voted illegally in the 2016 election has always been transparently self-serving — a desperate attempt to soothe his damaged ego and explain how he could have lost the popular vote to Hillary Clinton by almost 3 million votes.

"Trump's Fraudulent Voter-Fraud Commission " is from the May 15, 2017 Opinion section of The New York Times. It was written by The Editorial Board and narrated by Keith Sellon-Wright.