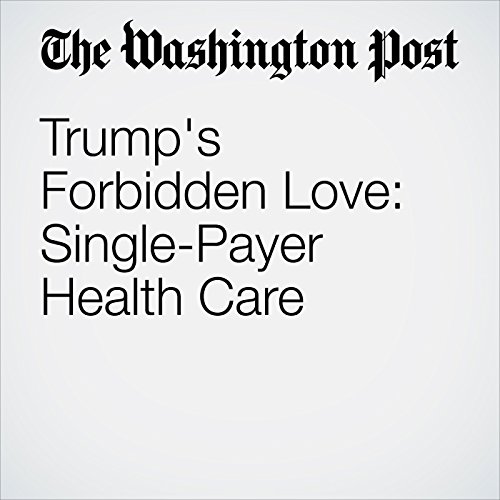 Alongside Australian Prime Minister Malcolm Turnbull at an event in New York, Trump reflected on what the House had just done. He took the occasion to bash Obamacare as being terrible, and then he turned to Turnbull.

"Trump's Forbidden Love: Single-Payer Health Care" is from the May 05, 2017 Politics section of The Washington Post. It was written by Aaron Blake and narrated by Jill Melancon.