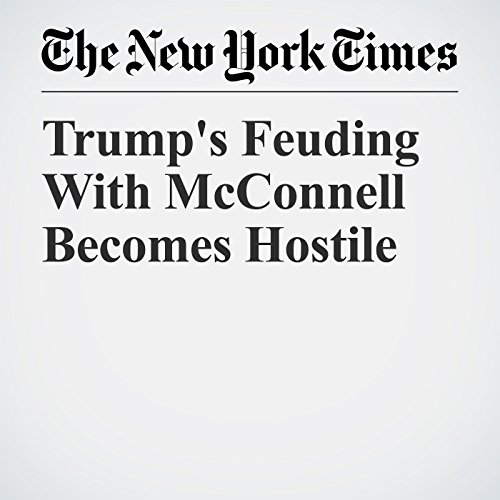 The relationship between President Donald Trump and Sen. Mitch McConnell, the majority leader, has disintegrated to the point that they have not spoken to each other in weeks, and McConnell has privately expressed uncertainty that Trump will be able to salvage his administration after a series of summer crises.

"Trump's Feuding With McConnell Becomes Hostile" is from the August 22, 2017 U.S. section of The New York Times. It was written by Alexander Burns and Jonathan Martin and narrated by Keith Sellon-Wright.