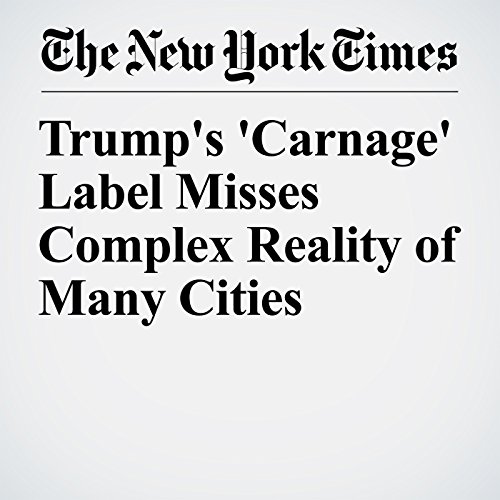 "Trump's 'Carnage' Label Misses Complex Reality of Many Cities" is from the January 28, 2017 U.S. section of The New York Times. It was written by John Eligon and narrated by Barbara Benjamin-Creel.