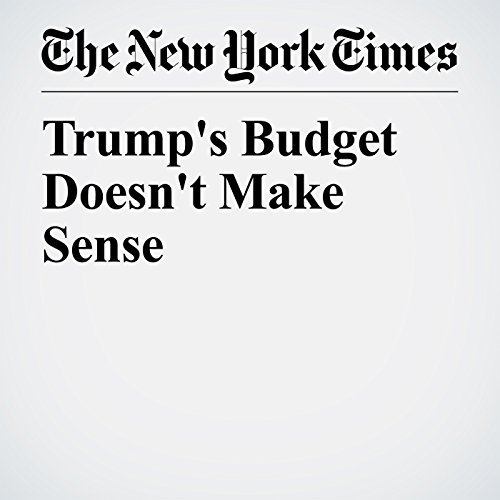 President Trump entered office facing the worst ratio of debt to gross domestic product of any new president in American history except Harry Truman — an onerous 77 percent. So, like many presidents before him — including, most recently, President Barack Obama, who had to respond to the economic crisis he inherited — President Trump is faced with the choice of whether and how to confront a looming situation not of his own making.

"Trump's Budget Doesn't Make Sense" is from the May 23, 2017 Opinion section of The New York Times. It was written by Maya MacGuineas and narrated by Kristi Burns.