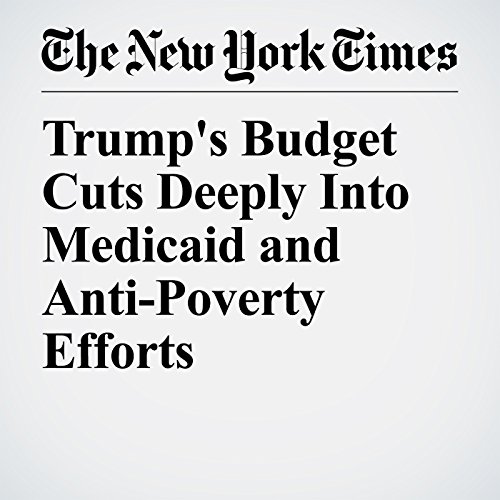 President Donald Trump plans to unveil on Tuesday a $4.1 trillion budget for 2018 that would cut deeply into programs for the poor, from health care and food stamps to student loans and disability payments, laying out an austere vision for reordering the nation’s priorities.

"Trump's Budget Cuts Deeply Into Medicaid and Anti-Poverty Efforts" is from the May 22, 2017 U.S. section of The New York Times. It was written by Julie Hirschfeld Davis and narrated by Kristi Burns.