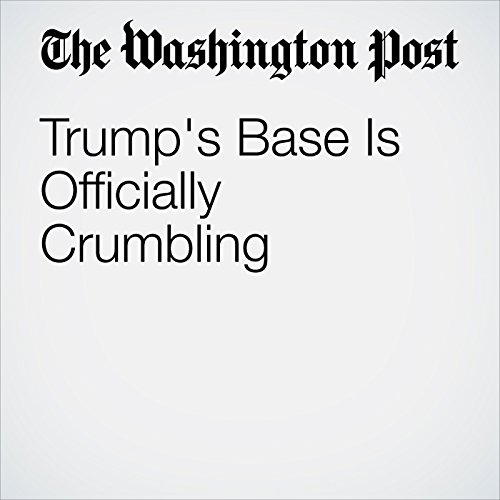 A CNN poll and an Investor's Business Daily poll, both released late Monday, show somewhat different pictures of Trump's overall approval. The CNN poll pegs it at 38 percent — around where it has been in other polling for a while — while the IBD poll shows it at a painfully low 32 percent. That's the lowest of any high-quality poll in Trump's entire presidency.

"Trump's Base Is Officially Crumbling" is from the August 08, 2017 The Fix section of The Washington Post. It was written by Aaron Blake  and narrated by Sam Scholl.