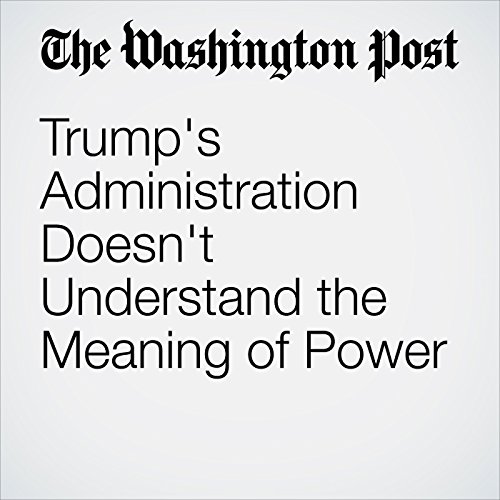 There was an unseemly glee on the part of some Trump supporters in the use of the MOAB — Massive Ordnance Air Blast bomb — against a target in Afghanistan. A powerful nation may possess 21,600 poundsof precision-guided death. A great nation uses it only in a spirit of grim necessity.

"Trump's Administration Doesn't Understand the Meaning of Power" is from the April 17, 2017 Opinions section of The Washington Post. It was written by Michael Gerson and narrated by Sam Scholl.