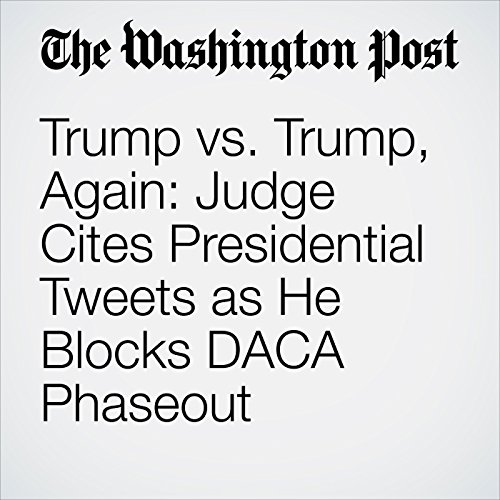 It’s not just the “Fake News Media” that parses President Trump’s tweets in microscopic detail and uses them against him. Federal judges do it too.

"Trump vs. Trump, Again: Judge Cites Presidential Tweets as He Blocks DACA Phaseout" is from the January 10, 2018 National section of The Washington Post. It was written by Derek Hawkins and narrated by Sam Scholl.