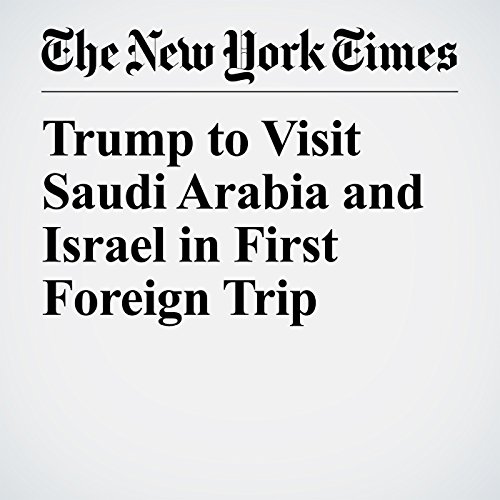 President Donald Trump will travel to Saudi Arabia and Israel this month, the White House announced Thursday, making the two countries his first foreign destinations since taking office as he seeks to intensify the war against the Islamic State group, rally the region against Iran and negotiate Middle East peace.

"Trump to Visit Saudi Arabia and Israel in First Foreign Trip" is from the May 04, 2017 U.S. section of The New York Times. It was written by Peter Baker and narrated by Kristi Burns.