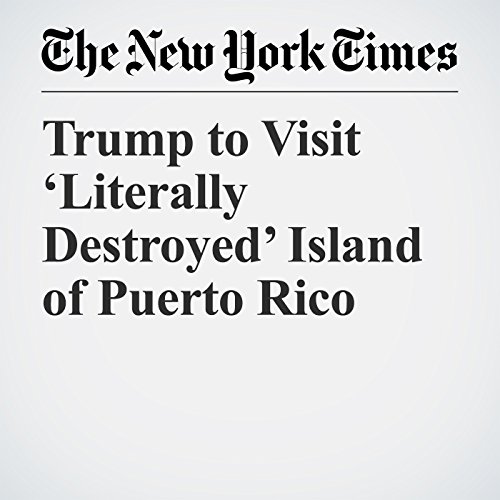 President Donald Trump said Tuesday that he would to visit the devastated island of Puerto Rico next Tuesday, describing the island as “literally destroyed” after a direct hit by Hurricane Maria.

"Trump to Visit ‘Literally Destroyed’ Island of Puerto Rico" is from the September 26, 2017 U.S. section of The New York Times. It was written by Michael D. Shear and narrated by Keith Sellon-Wright.