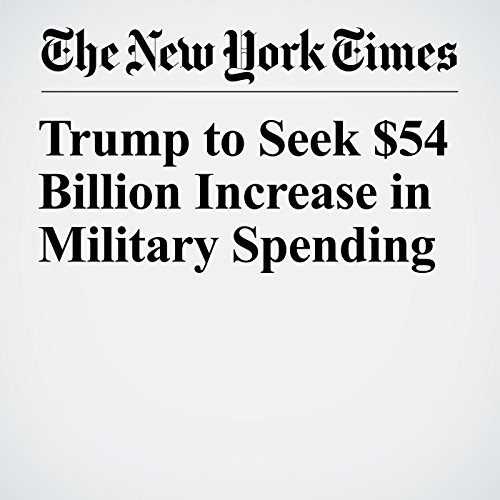 President Donald Trump will propose raising military spending by $54 billion — a nearly 10 percent increase — and reducing spending by the same amount across much of the rest of the government, White House officials said Monday.

"Trump to Seek $54 Billion Increase in Military Spending" is from the February 27, 2017 U.S. section of The New York Times. It was written by Michael D. Shear and narrated by Fleet Cooper.