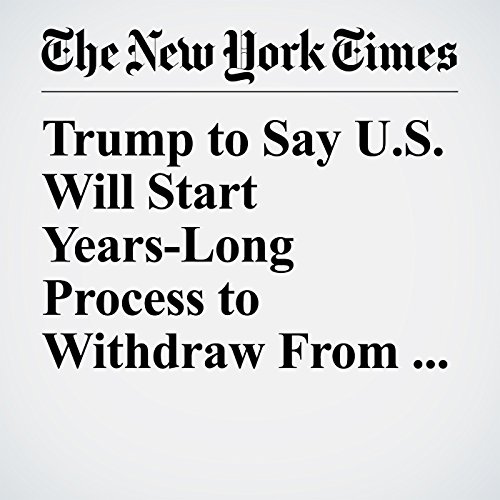 President Donald Trump will announce Thursday that he will withdraw the United States from participation in the Paris climate accord, weakening global efforts to combat climate change and siding with conservatives who argued that the landmark 2015 agreement was harming the economy, officials briefed on Capitol Hill said.

"Trump to Say U.S. Will Start Years-Long Process to Withdraw From Paris Climate Agreement" is from the June 01, 2017 U.S. section of The New York Times. It was written by Michael D. Shear and narrated by Kristi Burns.