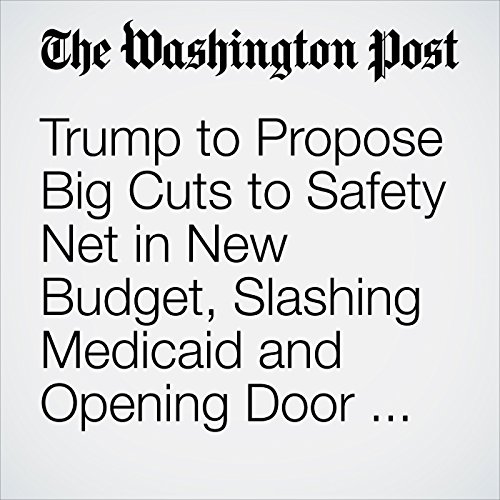 President Trump’s first major budget proposal on Tuesday will include massive cuts to Medicaid and call for changes to anti-poverty programs that would give states new power to limit a range of benefits, people familiar with the planning said, despite growing unease in Congress about cutting the safety net.

"Trump to Propose Big Cuts to Safety Net in New Budget, Slashing Medicaid and Opening Door to Other Limits" is from the May 21, 2017 Business section of The Washington Post. It was written by Damian Paletta and narrated by Sam Scholl.