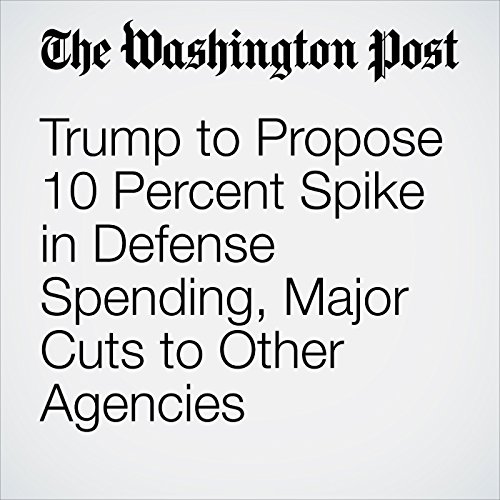 President Trump will propose a federal budget that would significantly increase defense-related spending by $54 billion while cutting other federal agencies by the same amount, an administration official said.

"Trump to Propose 10 Percent Spike in Defense Spending, Major Cuts to Other Agencies" is from the February 27, 2017 Politics section of The Washington Post. It was written by Abby Phillip and Kelsey Snell and narrated by Sam Scholl.