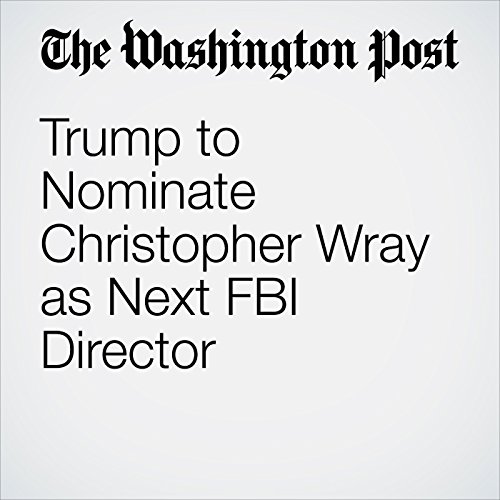 President Trump announced Wednesday that he would nominate Christopher A. Wray — a white-collar criminal defense attorney who led the Justice Department’s Criminal Division during the George W. Bush administration — to serve as the next FBI director.

"Trump to Nominate Christopher Wray as Next FBI Director" is from the June 07, 2017 National Security section of The Washington Post. It was written by Matt Zapotosky and narrated by Sam Scholl.