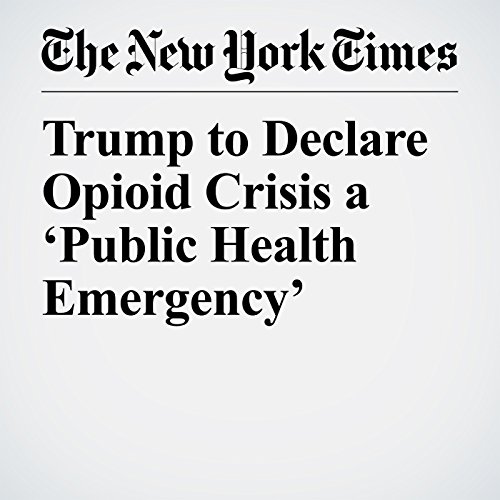 President Donald Trump on Thursday will announce he is directing his Department of Health and Human Services to declare the opioid crisis a public health emergency, senior administration officials said, a move that would free up some federal money and ease certain laws and regulations to address a rapidly escalating epidemic of drug use in the United States.

"Trump to Declare Opioid Crisis a ‘Public Health Emergency’" is from the October 26, 2017 U.S. section of The New York Times. It was written by Julie Hirschfeld Davis and narrated by Keith Sellon-Wright.