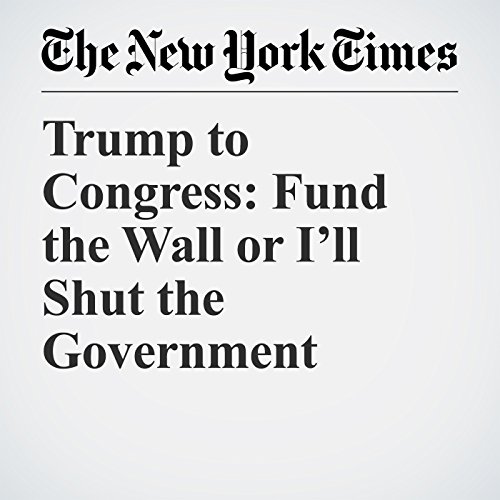 President Donald Trump issued an extraordinary challenge to his own party late Tuesday, threatening to shut down the government in a matter of weeks if Congress did not fund a wall on the southern border that was a signature promise of his campaign for the White House.

"Trump to Congress: Fund the Wall or I’ll Shut the Government" is from the August 23, 2017 U.S. section of The New York Times. It was written by Julie Hirschfeld Davis and narrated by Keith Sellon-Wright.