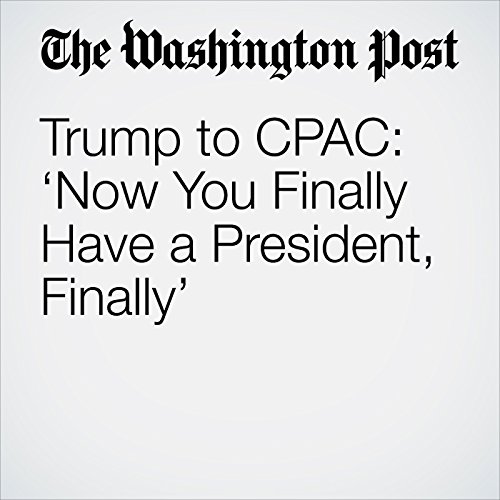 Trump, who campaigned as more of a populist than conservative, told his audience that his victory represented a “movement the likes of which the world has never seen before.”

"Trump to CPAC: ‘Now You Finally Have a President, Finally’" is from the February 24, 2017 Politics section of The Washington Post. It was written by John Wagner and David Nakamura and narrated by Jill Melancon.