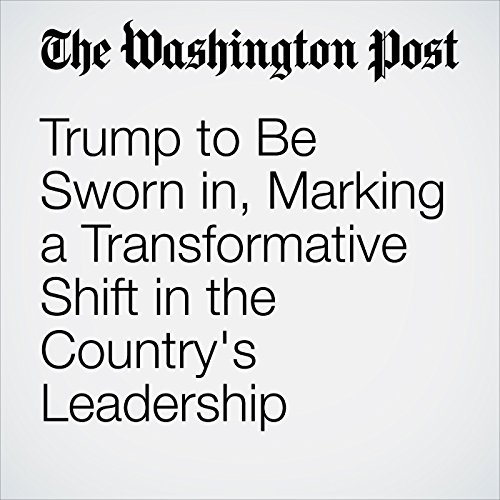 On Friday morning, Trump and his wife Melania Trump attended a service at St. John’s Episcopal Church near the White House, continuing an inauguration-day tradition. One of the preachers was expected to be Robert Jeffress, a Southern Baptist minister who is pastor of a Dallas megachurch, and who has made inflammatory condemnations of both Mormonism and Islam in the past.

"Trump to Be Sworn in, Marking a Transformative Shift in the Country's Leadership" is from the January 20, 2017 Politics section of The Washington Post. It was written by David A. Fahrenthold, Philip Rucker and John Wagner and narrated by Jenny Hoops.