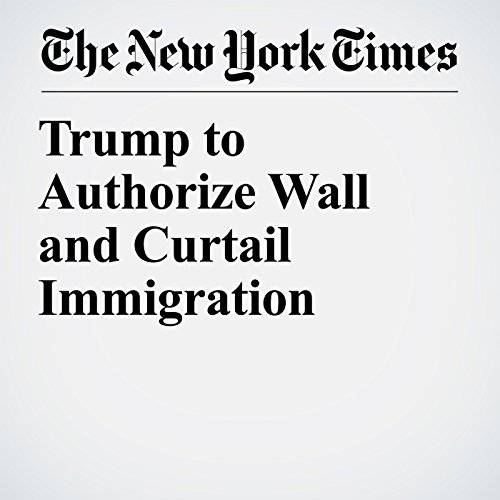 President Donald Trump on Wednesday will order the construction of a Mexican border wall — the first in a series of actions this week to crack down on immigrants and bolster national security, including slashing the number of refugees who can resettle in the United States and blocking Syrians and others from “terror-prone” nations from entering, at least temporarily.

"Trump to Authorize Wall and Curtail Immigration" is from the January 25, 2017 U.S. section of The New York Times. It was written by Julie Hirschfeld Davis, David E. Sanger and Maggie Haberman and narrated by Caroline Miller.