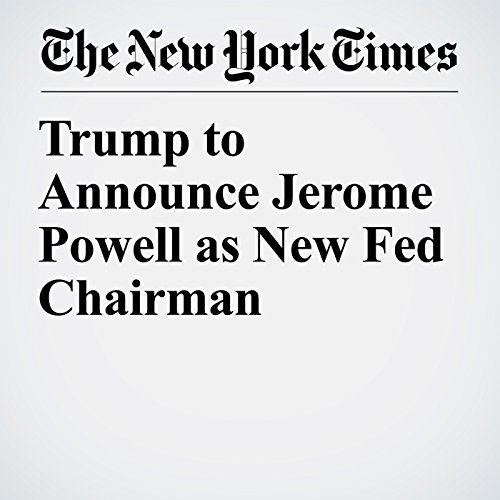 President Donald Trump will nominate Jerome H. Powell as the next chairman of the Federal Reserve on Thursday, according to White House officials, bypassing Janet L. Yellen for a second term but turning to a replacement who is expected to largely stay the course on monetary policy.

"Trump to Announce Jerome Powell as New Fed Chairman" is from the November 02, 2017 Business section of The New York Times. It was written by Binyamin Appelbaum and Ana Swanson and narrated by Keith Sellon-Wright.