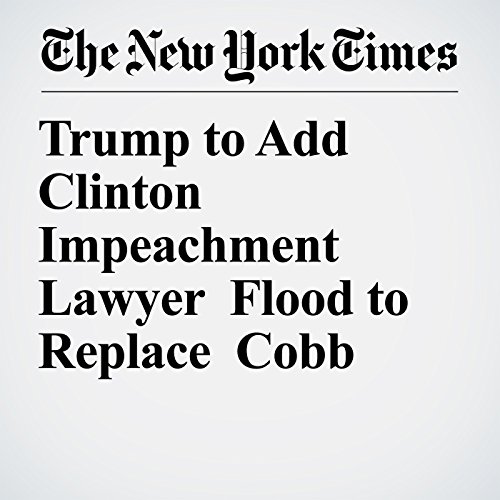 President Donald Trump plans to hire Emmet T. Flood, the veteran Washington lawyer who represented Bill Clinton during his impeachment, to replace Ty Cobb, the White House lawyer who has taken the lead in dealing with the special counsel investigation, who is retiring, according to two people briefed on the matter.

"Trump to Add Clinton Impeachment Lawyer Flood to Replace Cobb" is from the May 02, 2018 U.S. section of The New York Times. It was written by Matt Apuzzo, Michael S. Schmidt and narrated by Keith Sellon-Wright.