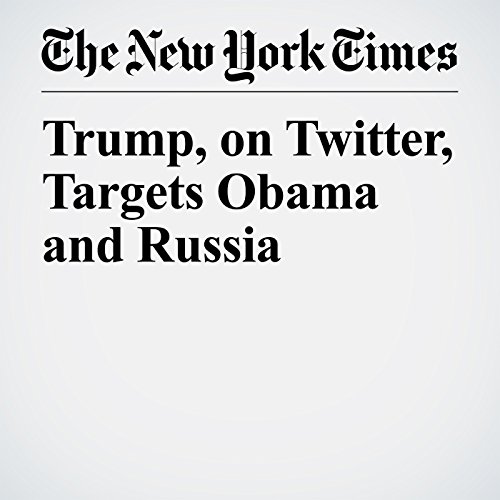 President Donald Trump, who has taken to referring to himself as “T” on Twitter, was in a particularly feisty mood Monday, demanding that his critics give him “an apology” for any suggestion that “T people” have colluded with Russia or obstructed justice.

"Trump, on Twitter, Targets Obama and Russia" is from the June 26, 2017 U.S. section of The New York Times. It was written by Glenn Thrush and narrated by Keith Sellon-Wright.