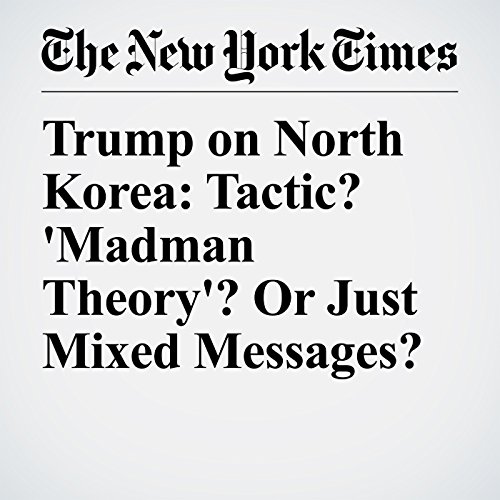 It was only a few hours after his secretary of state cracked open the door on Thursday to negotiating with the North Koreans that President Donald Trump stepped in with exactly the kind of martial-sounding threats against the country that the White House, until now, had carefully avoided.

"Trump on North Korea: Tactic? 'Madman Theory'? Or Just Mixed Messages?" is from the April 28, 2017 World section of The New York Times. It was written by David E. Sanger and narrated by Mike DelGaudio.