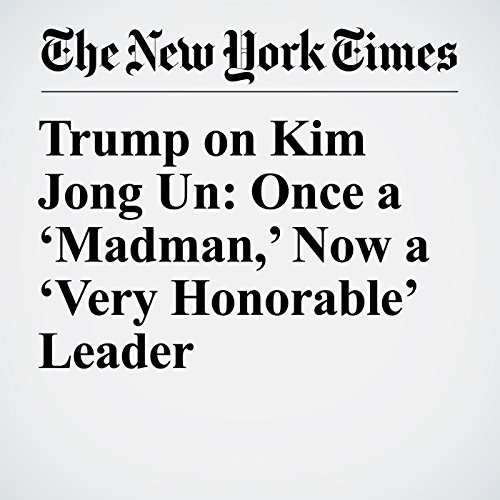 Less than a year ago, President Donald Trump was savaging Kim Jong In, the North Korean leader, as a “madman” and murderer of his own people, branding him as “Little Rocket Man” for his nuclear testing exploits and poking fun at his portly stature.

"Trump on Kim Jong In: Once a ‘Madman,’ Now a ‘Very Honorable’ Leader" is from the May 10, 2018 World section of The New York Times. It was written by Julie Hirschfeld Davis and narrated by Barbara Benjamin-Creel.