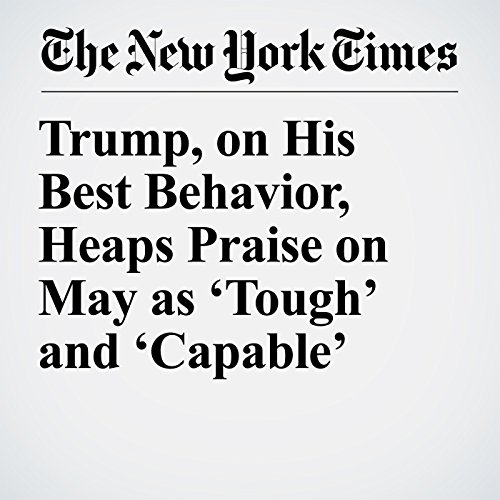 LONDON — President Donald Trump on Friday tried to repair the diplomatic damage he caused with an explosive interview blasting his host, Prime Minister Theresa May of Britain, by praising her leadership and calling their two countries’ relationship “the highest level of special,” even as he continued to publicly question her decisions.

"Trump, on His Best Behavior, Heaps Praise on May as ‘Tough’ and ‘Capable’" is from the July 13, 2018 U.S. section of The New York Times. It was written by Julie Hirschfeld Davis and Stephen Castle and narrated by Mike DelGaudio.

Cosa pensano gli ascoltatori di Trump, on His Best Behavior, Heaps Praise on May as ‘Tough’ and ‘Capable’