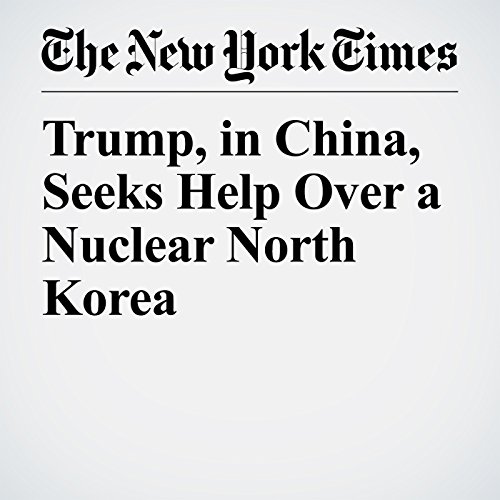 Trump, a senior administration official said, plans to call on the Chinese leader to cut off oil exports to North Korea, at least temporarily; to close North Korean bank accounts in China; and to send home tens of thousands of North Koreans who work in China.

"Trump, in China, Seeks Help Over a Nuclear North Korea" is from the November 08, 2017 World section of The New York Times. It was written by Mark Landler and Jane Perlez and narrated by Kristi Burns.