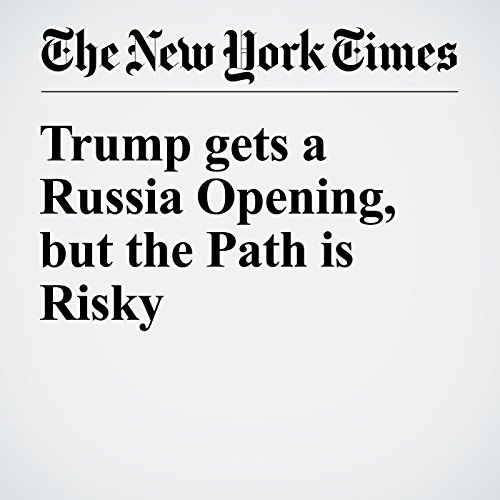 President-elect Donald Trump, who has pledged to reset relations with Russia, may have been tossed a lifeline Friday by President Vladimir Putin. The Russian leader, skilled at keeping several steps ahead of his adversaries, announced that he would not retaliate in kind against the Obama administration for imposing new sanctions and expelling Russian diplomats from the United States.

"Trump gets a Russia Opening, but the Path is Risky" is from the December 31, 2016 World section of The New York Times. It was written by David E. Sanger, Eric Schmitt and Michael R. Gordon and narrated by Barbara Benjamin-Creel.

Cosa pensano gli ascoltatori di Trump gets a Russia Opening, but the Path is Risky