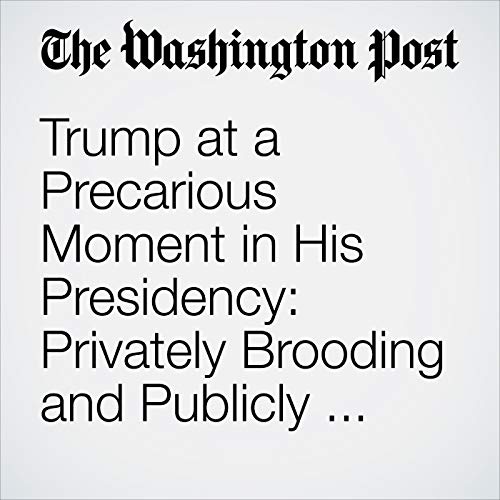 In private, President Trump spent much of the past week brooding, as he often does. He has been anxious about the Russia ­investigation’s widening fallout, with his former campaign chairman standing trial. And he has fretted that he is failing to accrue enough political credit for what he claims as triumphs.

"Trump at a Precarious Moment in His Presidency: Privately Brooding and Publicly Roaring" is from the August 05, 2018 Politics section of The Washington Post. It was written by Philip Rucker, Robert Costa and Ashley Parker and narrated by Sam Scholl.