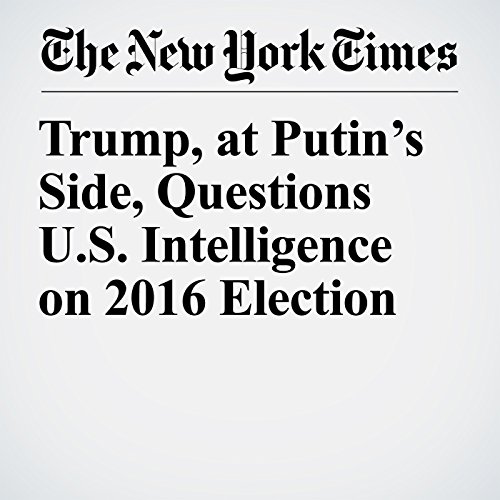 President Donald Trump stood next to President Vladimir Putin of Russia on Monday and publicly challenged the conclusion of his own intelligence agencies that Moscow interfered in the 2016 presidential election, wrapping up what he called a “deeply productive” summit with an extraordinary show of support for a leader accused of attacking American democracy.

"Trump, at Putin’s Side, Questions U.S. Intelligence on 2016 Election" is from the July 16, 2018 U.S. section of The New York Times. It was written by Julie Hirschfeld Davis and narrated by Keith Sellon-Wright.