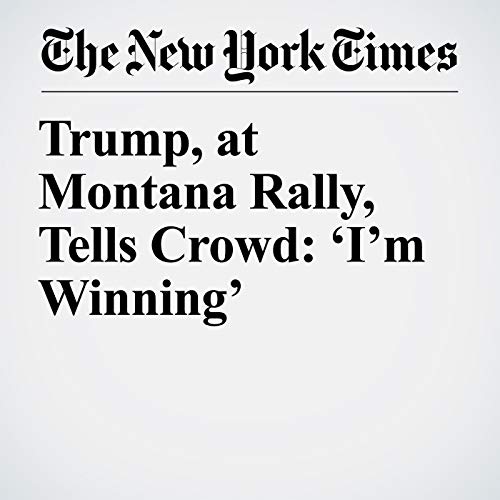 President Donald Trump on Thursday tried to tamp down perceptions of an out-of-control White House, after a string of devastating reports about his insurgent staff, warning supporters here that if they did not turn out to vote in November, his political enemies would subject him to impeachment.

"Trump, at Montana Rally, Tells Crowd: ‘I’m Winning’" is from the September 07, 2018 U.S. section of The New York Times. It was written by Emily Cochrane and Mark Landler and narrated by Mike DelGaudio.