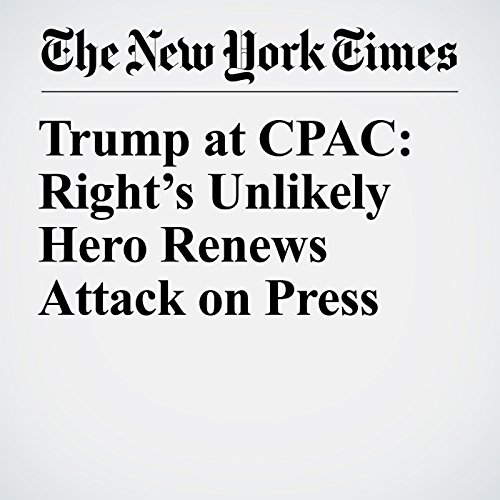 President Donald Trump intensified his slashing attack on the news media during an appearance before the Conservative Political Action Conference on Friday, reiterating his charge that “fake news” outlets are “the enemy of the people.”

"Trump at CPAC: Right’s Unlikely Hero Renews Attack on Press" is from the February 24, 2017 U.S. section of The New York Times. It was written by Glenn Thrush and narrated by Mike DelGaudio.