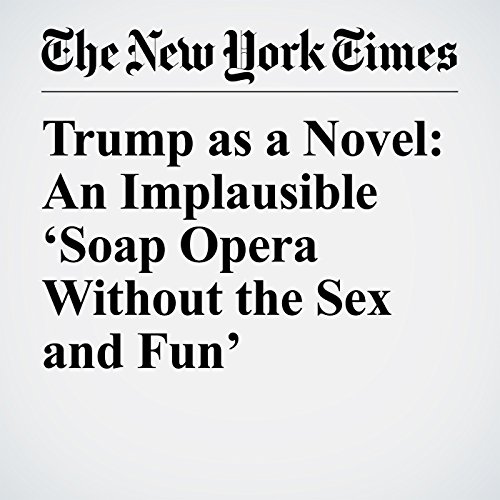 So it’s a few days before the election last November — just a few more days, surely, before Donald Trump would return to his golden tower to start a niche TV venture and fill a sagging Twitter feed with exclamation-pointed despair — and a book agent goes to his client with an idea: How about something on the Trump White House That Wasn’t?

"Trump as a Novel: An Implausible ‘Soap Opera Without the Sex and Fun’" is from the July 19, 2017 U.S. section of The New York Times. It was written by Matt Flegenheimer and narrated by Kristi Burns.

Cosa pensano gli ascoltatori di Trump as a Novel: An Implausible ‘Soap Opera Without the Sex and Fun’