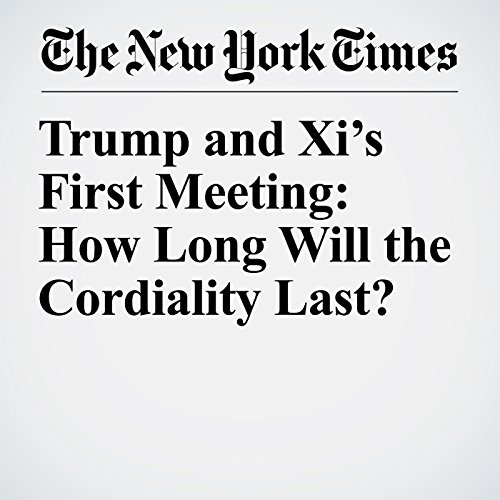 President Donald Trump and Xi Jinping, the president of China, will take each other’s measure Thursday as they meet for the first time to discuss trade tensions, North Korea’s nuclear ambitions and other issues.

"Trump and Xi’s First Meeting: How Long Will the Cordiality Last?" is from the April 06, 2017 World section of The New York Times. It was written by Michael D. Shear and Mark Landler and narrated by Fleet Cooper.