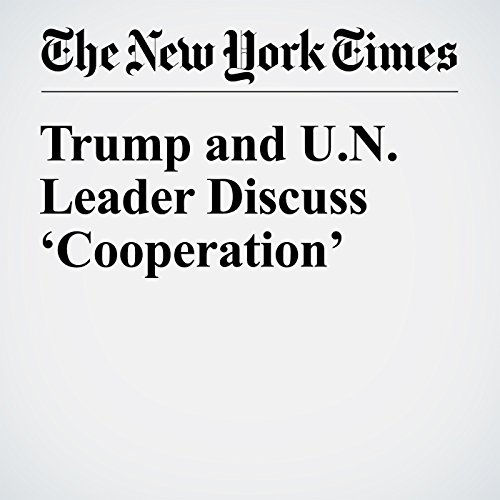 Having signaled a tough attitude and tightened purse strings toward the United Nations, President-elect Donald Trump spoke by phone Wednesday with the organization’s newly installed secretary-general, António Guterres, who has hinted at his own plans for budget restraint.

"Trump and U.N. Leader Discuss ‘Cooperation’" is from the January 04, 2017 World section of The New York Times. It was written by Rick Gladstone and narrated by Keith Sellon-Wright.