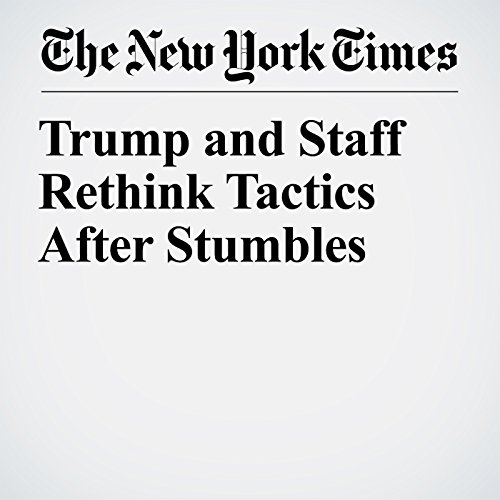 Priebus bristles at the perception that he occupies a diminished perch in the West Wing pecking order compared with previous chiefs. But for the moment, Bannon remains the president’s dominant adviser, despite Trump’s anger that he was not fully briefed on details of the executive order he signed giving his chief strategist a seat on the National Security Council, a greater source of frustration to the president than the fallout from the travel ban.

"Trump and Staff Rethink Tactics After Stumbles" is from the February 05, 2017 U.S. section of The New York Times. It was written by Glenn Thrush and Maggie Haberman and narrated by Caroline Miller.