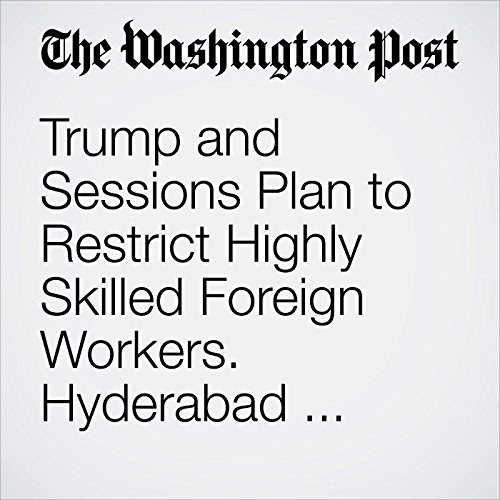 For the new political order taking shape in Washington, however, H-1Bs aren’t quite welcome. Amid promises of sweeping changes to immigration policy, President-elect Donald Trump and his choice for attorney general, Sen. Jeff Sessions (R-Ala.), have tabbed the program for a major overhaul, or even scrapping it altogether. In the House, Rep. Darrell Issa (R-Calif.) is on the same wavelength.

"Trump and Sessions Plan to Restrict Highly Skilled Foreign Workers. Hyderabad Says Bring It On." is from the January 08, 2017 World section of The Washington Post. It was written by Max Bearak and narrated by Sam Scholl.