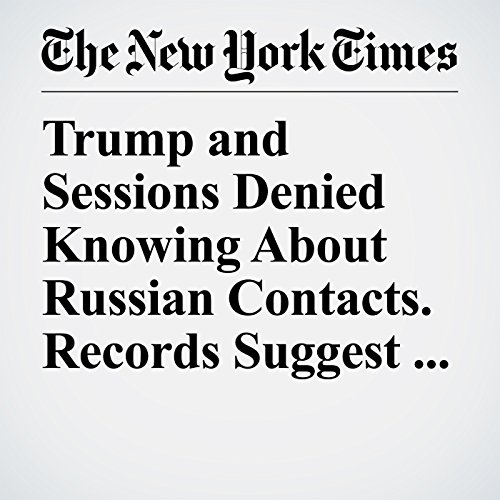 Standing before reporters in February, President Donald Trump said unequivocally that he knew of nobody from his campaign who was in contact with Russians during the election. Attorney General Jeff Sessions has told the Senate the same thing.

"Trump and Sessions Denied Knowing About Russian Contacts. Records Suggest Otherwise." is from the November 03, 2017 U.S. section of The New York Times. It was written by Michael S. Schmidt, Matt Apuzzo and Scott Shane and narrated by Mike DelGaudio.