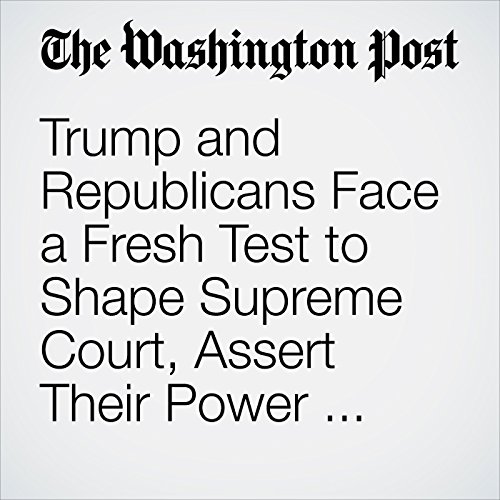 When Judge Neil Gorsuch arrives on Capitol Hill on Monday morning to begin his confirmation hearings for a seat on the Supreme Court, he will give President Trump his first chance to make a lasting imprint on the federal judiciary — and Republicans a fresh test to work their will now that they control all of Washington’s levers of power.

" Trump and Republicans Face a Fresh Test to Shape Supreme Court, Assert Their Power With Gorsuch Hearings" is from the March 19, 2017 Politics section of The Washington Post. It was written by Ed O'Keefe and Robert Barnes and narrated by Sam Scholl.