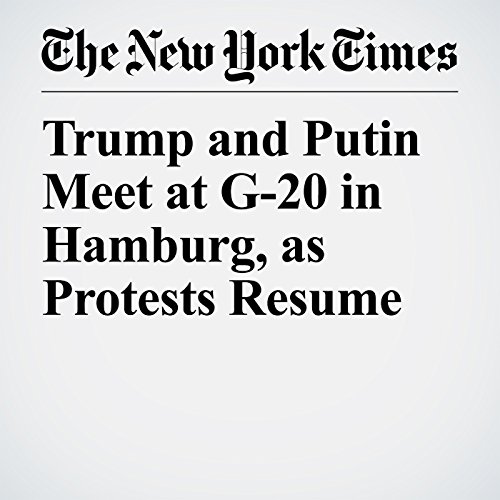 President Donald Trump met with his Russian counterpart, Vladimir Putin, at the Group of 20 summit on Friday, and while their face-to-face encounter was not officially the main event, for many, it might as well have been. Scores of journalists shouted questions as the two leaders sat side by side for photographs outside of the actual meeting.