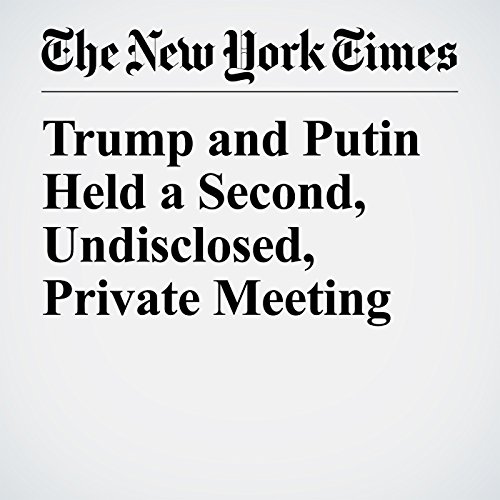 Hours into a long dinner with world leaders who had gathered for the Group of 20 summit meeting, President Donald Trump left his chair at the sprawling banquet table and headed to where President Vladimir Putin of Russia was seated. Earlier in the day, the two presidents had met for the first time, yielding what the Trump administration later described as a warm rapport, even as they talked about Russia’s interference in the United States’ 2016 elections.

"Trump and Putin Held a Second, Undisclosed, Private Meeting" is from the July 19, 2017 World section of The New York Times. It was written by Julie Hirschfeld Davis and narrated by Keith Sellon-Wright.