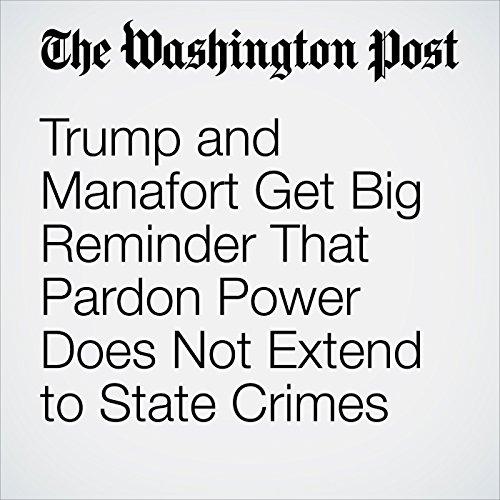 "Trump and Manafort Get Big Reminder That Pardon Power Does Not Extend to State Crimes" is from the August 31, 2017 Morning Mix section of The Washington Post. It was written by Fred Barbash and narrated by Sam Scholl.