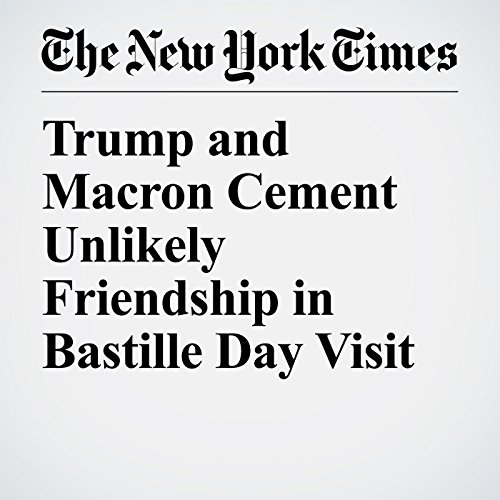 With a warm clasping of hands, President Donald Trump and President Emmanuel Macron of France cemented an unlikely but budding relationship Friday, capped by a Bastille Day military parade in Paris meant to emphasize the alliance between the United States and its oldest ally.

"Trump and Macron Cement Unlikely Friendship in Bastille Day Visit" is from the July 14, 2017 World section of The New York Times. It was written by Maggie Haberman and narrated by Mike DelGaudio.