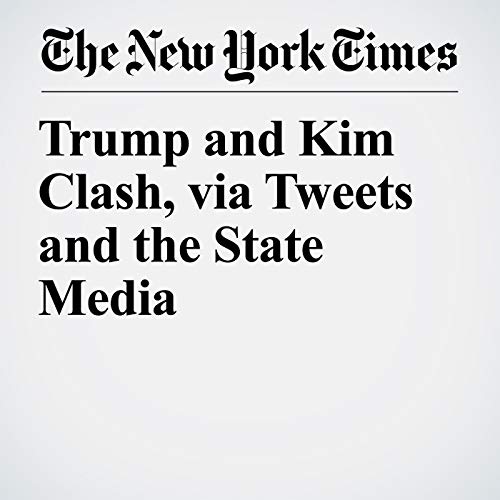 North Korean state media criticized the United States over the weekend for “extremely provocative and dangerous military moves” in Pacific waters and warned that the diplomacy forged between the two countries’ leaders during their Singapore summit meeting in June could be in jeopardy.

"Trump and Kim Clash, via Tweets and the State Media" is from the August 27, 2018 World section of The New York Times. It was written by Edward Wong and narrated by Keith Sellon-Wright.